I was not born a Moreau, or more specifically, my mother didn’t acknowledge my father when I was born. No, this was something truly unusual for an English noblewoman, but she simply refused to tell anyone who the father was, or so I thought.

While I’d begun reading the Bible at the young age of two per my grandmother’s insistence that I have the devil purged from me (her words and thoughts, not my own) this didn’t mean that I stopped considering the world around me from a scientific sense. Remember, as you will, that this was 1872. Talk of the changes that had occurred in the lands of the United States were common around the dinner table, something I only knew because I snuck into the servants crawlspaces behind the walls. You did not invite a babe-in-arms to the dinner table. As such, my thoughts were those that were normal for a child of my age: Why is the sky blue? Who is my daddy? What is the nature of Blue? Why does Ghost Rock scream, and how can I harness it?

My grandmother believes, or did the day she threw me to the wolves, that I was the cause of my mother’s death. It isn’t my fault that I was the only one who could actually hear the problem with the alignment of the flywheel in the Ghost Rock fueled carriage that my grandfather insisted that we both use. It also isn’t my fault that I leapt from the carriage mere moments before it burst into flames and subsequently exploded…no, wait, that was my fault as I was saving my own life in doing it. Mother never listened to me, thinking my inquisitiveness too like my father’s for her comfort. That is one of the great mysteries of my life, and something I don’t think I will ever know since I disbelieve the occultists who claim they can speak with the dead. I tried to get her to run with me, but she stayed behind in the carriage.

Nurse, apparently, had been told by mother who my father was, something she only admitted after a long dressing down by my grandmother. So, at the age of three, barely being put into short pants, and well not ready to be breached, I was placed onto a steamship by myself.

This isn’t entirely true. Nurse was sent with me, but the moment that I asked her whether she was lying about my father, she screamed and ran from the ship, leaving me in my stateroom alone. Apparently she considered me to be possessed by a devil, if her cries of alarm were to be believed. As with most of what others have said to me, I discounted it, and made sure to familiarize myself with the ship.

While at the time I considered myself quite worldly, I was not as knowledgeable as I believed. Most of the world does not operate in accordance with the tales contained within the Bible, and some of the goings on that I witnessed within that steamship would have been condemned in the harshest terms in Leviticus. I personally witnessed the purser break all ten of the commandments. Even at fourteen, I can’t understand why anyone would willfully allow for another to do what the purser did to the captain’s wife if it hurts enough to cause you to scream like that.

The steamship might possibly have been the end of my journey, since a three, almost four, year old is not equipped to live on their own in New York City, even one as precocious as I. That being said, when I saw a gentleman of ancient years, one who had the barest dusting of grey at his temples signifying he was well and truly descending into his grave, frantically searching the passengers and asking if any had seen Hettie Almacher, the one I knew as Nurse, I presented myself to him. I politely cleared my throat twice, and when he still failed to spot me, I kicked him in the shin and said, “what does a person need to do to get noticed by you? I was Nurse’s charge, but she ran from the ship before we left port.” I later learned that this man, one Benton Fraser, an officer in the North West Mounted Police on loan to the Union to oversee this project on behalf of his own government, and mine.

At the time, my father, the infamous Dr. Moreau, was still working for the Union on the Secret Soldier program. I will not go into their goals here, but I can relate that they were started during the war with the southern states. They had intended for it to end the war early, but my father lacked any real results, and was in fact being threatened with having the project, and all of it’s funding, pulled from him around the time that I arrived in New York.

Desperate to prove his theories true, I began filling my veins with concoction after concoction. It was on the night of my third Thursday in the United States that I witnessed my first loa. It was a being of pure horror that my three year old mind shied away from, but even then I couldn’t block out the temptations that foul beast sent my way; offers to take away the pain and rain it down upon my father. I denied it’s request, hearing in it’s voice the sound of Ghost Rock screaming, knowing that were I to allow it possession, I would never again own my own soul.

This would not be the end of my suffering. This would be the end of my father’s gainful employment, however. Then Benton discovered the (then) depths of my father’s depravity, he reported him to the Union government and washed his hands of the whole thing, returning to his home north of the border. My father took me, what supplies he could throw together, and all of his notes and dragged us to a steam ship heading to the Cooke Islands. We never made it there.

To this day I am unsure of whether my father sabotaged the ship, or whether it failed on it’s own, but we found ourselves the sole survivors of a wreck of that fine vessel. Having no other options, and having failed to change my capabilities in any way, save for giving me frequent ringing in my ears, my father began to experiment upon the animals on the island using my now tainted blood. This resulted in the success that he’d been looking for. Within days of the first application, the animals began changing, becoming more humanoid, and eventually gaining the ability of human speech. This did not happen in a day, or a week, or even a month, but over the course of years as we scavenged the wreck of that ship, trying to eke out a living on that island.

When I first saw the loa staring back at me from the eyes of one of my father’s first experiments, a panther woman, I knew that the time had come to let someone know. By this point we had regular, if infrequent visitors from the mainland. Mostly men of dark countenance and deed who looked in wonder at the things that my father could provide them, at the foot soldiers they would be able to acquire. I bribed a ship’s boy, a youth not much older than my own venerable eight years old, to take a message with him, and send a telegram when he arrived back in the states. My first two attempts at this failed. I didn’t realize that other children my age weren’t as capable as I myself. Much more difficult was convincing a teen to take my message, but he succeeded where the other two had failed, and a telegram was delivered to our shores with the next boat demanding the return of the that had been stolen.

I spent the next six months collecting all of the items that my father had brought with us, and included many of the items that had been provided in payment over the years for small gadgets and devices my father created. I stowed away on the next vessel to arrive, again bribing the teen to get me aboard. I am sorry to admit that he tried to extort me the moment that we arrived in the states, so I locked him in the cupboard that I had traveled within, but otherwise he was alive when I left him. I delivered all of the goods from the Secret Soldier program to a warehouse in Seattle, including all of my father’s notes, and then made my way into the west to find a living for myself.

It has not been easy.

Benton was my one salvation through this period until people began to take me seriously in my own right, at which point I have begun offering my services as a troubleshooter of sorts. We shall see how it works out for me in the future. 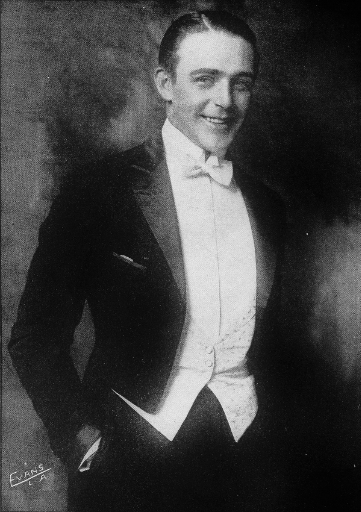