Ya migh’ve done heard about me by ‘nuthur name. The mad Mormon.

I were bawn therteenth ov my father’s twenty-two chirren, though he only fathered me ayn’ five others. Thay …err rest was adopted ayn’ sealed into thay …err kinfolk. What’s ‘sealed’, y’all ask? so you nahwt familiar with mawmons? it just means we was done made kinfolk by thay …uhh powuurr ov god. With all that there’s a-happenin’ in the wawld, I fynd mos’ fo’k that there have spent some tahm in the wild believe that there magik exists, ayn’ they just lump bible thumpers in with huksters ayn’ them crazy tinkerers wawking on ghost rok.

So with an awful huge kinfolk, ayn’ a fathuurr that there spent what tahm he wasn’t in the mines at church volunteering as ayy priesthood leader, ay spent my youth rebelling. Ay done got mixed up with some non-members, them gentiles, ayn’ we done some damage, though mainly ta ourselves. Awful old enough ta know better, but awful young enough ta be ruled by my angst, ay almost done died in an accident on ayy railcar truss in the roky mowuntains, near soldier’s hollow. The congregashun nearby nursed us bak ta health, even though my friends ayn’ ay cut them off frawum theuurr supply lahn into civilizashun.

It were ayy wakeup call, ayn’ soon as ay were whel enough ay wawked on repaering the rail lahn. 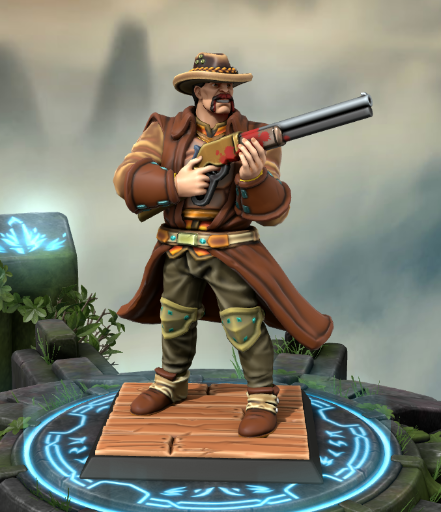