They called my father “slave”, but his spirit never belonged to another. They called my mother witkowing, but she never sold her body. They call me half-breed, as if some part of me is missing, but I am whole.

My father James headed west in the early years of the white man’s great war, set free in Union-occupied Missouri, where he had been born and raised as the property of another. He was young, but my grandparents had already died when he was only a child and he preferred the uncertain promise of a new life to staying in a place of bondage and bloodshed.

My mother Clouded Sky was born among the Sihasapa Lakota, or the Blackfoot Sioux as many call them, to a large and respected family. Though well-liked, she always preferred wandering the wilds to tending the home and was a better trapper and tracker than most, so it was an ongoing mild scandal that she was still unmarried at her age when she and James met in Belle Fourche in 1863.

I don’t remember much of Belle Fourche except the bustle and exotic accents and strange looks of the seasonal traders who came through buying furs. I remember being intimidated by them as a little girl, but even more distinctly I remember Sky fixing them with the same steely gaze that she only gave me when I was being exceptionally stubborn, and we had enough money to get by even though my father struggled to find steady work in those early years. One trader in particular, a man named Benard Fourier, always gave us good prices and occasionally brought me small treats or knick knacks.

When I was seven, father got a job with the Iron Dragon rail company working on their westward expansion and we moved northeast to a waystation town. I don’t think mother was particularly happy about it, but I liked seeing all different kinds of people, in greater numbers and with stranger customs than even the traders in Belle Fourche. The occasional visit to Bismarck was a bit strained, but the demand for labor brought enough people from many different backgrounds that we blended in well enough.

I was 13 when we moved back to the Black Hills. Mother’s face lit up for weeks and she couldn’t stop talking about how great things would be back home. Father was angry at the railroad company for some reason – I didn’t understand it well at the time, but from what I overheard of their late night conversations and put together as I got older, the railway bosses had been cheating workers out of their pay for months if not years.

We lived in a company town called Lead not far from Deadwood. Father found work in the Homestake Mine, where they pulled up gold and ghost rock. It wasn’t anything like the land I remembered from my early childhood – it smelled of harsh chemicals and poisoned earth, and the sky was constantly filled with an oppressive greyish-green smoke that stifled sunlight and seemed to drain the life out of the plants and animals.

I saw the entry to the mine a few times. It yawned open like the jaws of some great predator, and it seemed to grow underground like some sprawling parasite. It terrified me, and I was never comfortable with the fact that my father went there every day and descended into the expansive web of tunnels and vast emptiness I imagined lurked down there. Strangely, I was hardly surprised the day they told us that there had been a collapse from which my father would never return.

The darkness of the deep earth may have swallowed my father, but it was the darkness in men’s hearts that put him there. The scrabbling, blood-stained claws of wealth and power saw him exploited by slave owners, then railway bosses, then mine owners, and ultimately cost him his life.

The mining company kept most of the payment from New York Life, as they did with all their workers who perished in the mining operations, but with what small share came to us we continued to live at the edge of the exempted mining area. The wicasas of the Sioux Nations still remembered my mother and regarded her well enough to consider us distant family, and we are not harassed for crossing the line of the totems when we need to. Mother went back to trapping and selling furs, tapping the small sum leftover from father, and mostly living off the land as much as possible. Benard Fourier is still around, and has been a helpful partner and advisor for my mother, although I don’t see him frequently.

I’ve learned a lot from my mother’s life and the skills she has taught me. I’ve learned even more from my father’s death, about the kind of people and institutions I can place my trust in. As I’ve been helping out more and more since father died, in the last year or two I’ve ranged farther and farther from home. Even taken a few odd jobs out of Deadwood, but I’m careful never to sign a contract with a company, or where I can’t personally meet the person whose money is paying for the job. 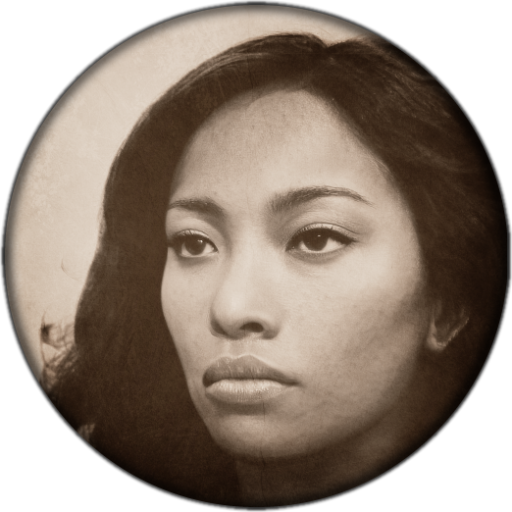